Lipolaser liposuction of more areas simultaneously – belly, hips, buttocks will rid you of fat on several problematic areas at the same time.

Do you want to get rid of fat on one, or even multiple body areas, and all that during one single treatment? Your dream can become a reality! Try our non-invasive lipolaser liposuction. Liposuction using lipolaser is painless, pleasant and relaxing procedure. Lipolaser liposuction of more areas simultaneously – belly, hips, buttocks rids you of fat on multiple problem areas during one single procedure. During non-invasive laser liposuction you can not only see immediate effect in fat reduction, but also younger looking skin. You can find more information about the treatment below.

It is possible to combine it with different treatments.

Complete information about the procedure

How does treatment Lipolaser liposuction of more areas simultaneously – belly, hips, buttocks work? The technology of non-invasive laser lipolysis was developed in the USA and underwent extensive clinical testing. Lipolaser utilises the effects of low-level laser, also known as cold laser. In clinical trials, it has been shown that low-level laser stimulates fat cells in a way that they start emulsifying the fat inside the cell. The liquefied fat (triglycerides and fatty acids) then leak through the wall of the fat cell into intercellular space. From there the fat is excreted from the body via the lymphatic system.

Furthermore, domino effect starts, during which cells throughout the body exchange information about the change in their composition, which leads to fat reduction throughout the body. Due to lowering the amount of fat in fat cells, the volume of the cell decreases. Due to millions of fat cells being present in the treated area, this translates into immediately visible effect in reduction by several centimetres.

A course of 10 treatment sessions is recommended over 5 weeks with 2 treatments per week. Results can vary.

The client comfortably lies down and laser applicator is attached to the problem areas. When the laser is turned on, the client feels pleasant heat or light tingling. This treatment is painless, relaxing and has immediate effect.

Lipolaser is a pleasant treatment. 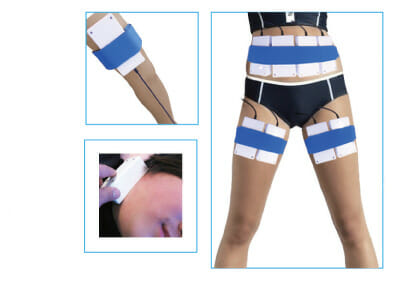 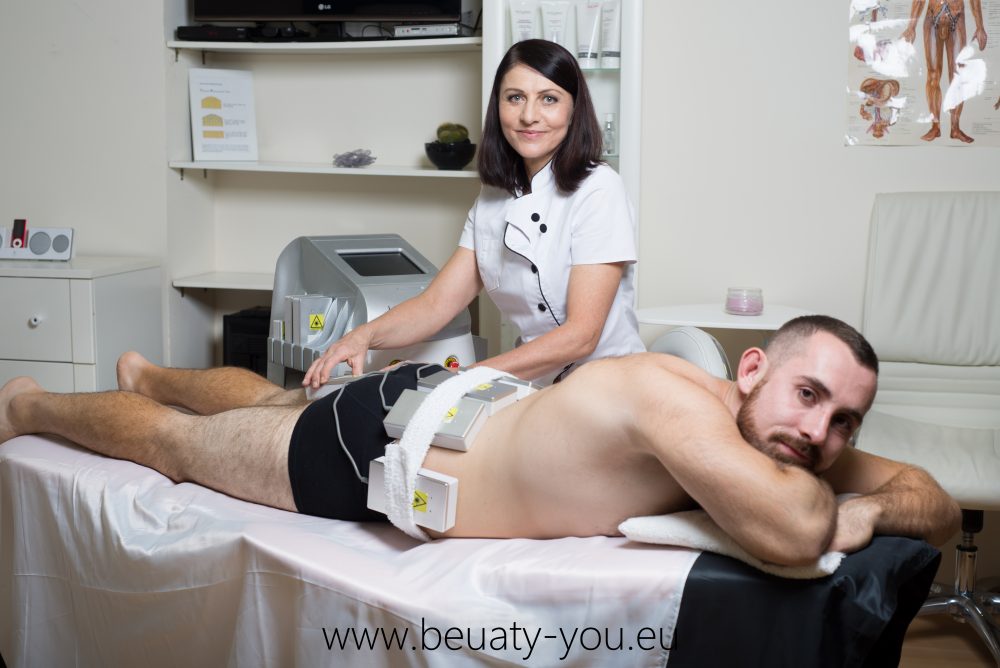 Lipolaser will rid you of excess body fat and will also firm your skin. Lose weight and relax.